What does Trials Frontier have to offer?
An insane amount of content
Upgrading parts and bikes
Even more to do
Why is Trial Frontier MOD APK required?
Final words

Trials Frontier MOD APK is a biking game for Android mobile platforms that allows you to explore a vast world on your motorcycle while mastering tracks based on realistic physics and competing against friends as well as other players from around the world. In this title, you can do more than just ride your bike; you can also help your village "grow and prosper" as you travel through different environments, upgrade your bike, and collect more loot. Sounds intriguing, right? Continue reading to learn more in-depth information about this game.

What does Trials Frontier have to offer?

With the next-gen Trials Fusion on the way, Redlynx thought it'd be a good time to bring the series to mobile devices as well. As a result, we have Trials Frontier, a reimagining of developer Redlynx's older mobile game, MotoHeroz, though it lacks a few features due to the limitations of mobile gaming. But, more importantly, is it any good?

Let's take a look at some of the game's highlights to find out the answer to this question. After that, you can make your own decision.

Following the tutorial levels, you'll arrive at a village that will serve as your base camp for the remainder of the game. A saloon is where you can get quests from the game's many silly characters, a garage is where you can upgrade and build new bikes, and an in-game store is where you can spend real money for in-game cash. Your main objective is to track down and defeat an evil rider and his gang of nefarious sidekicks on one of the game's more than 70 racetracks.

Not only are there a plethora of tracks, but there are also 10 distinct environments, including rocky deserts, urban factory settings, and even haunted house-themed levels. You'll be racing them all a lot as you complete more than 250 quests with challenges that require you to do a certain number of flips, pop wheelies, collect items, and get the most air possible.

As you progress, you'll meet new characters in the saloon who will assist you in locating blueprints for new bikes as well as parts to upgrade your existing bikes. Each of these requires you to race to the end of a track, then spin a wheel to win a blueprint or a bike part. When you've completed all of the blueprints, you'll be able to enter the garage and start working on your new bike.

Parts are used to upgrade your bike to give you more control and power. Trials Frontier, on the other hand, has a part upgrade system that allows you to fuse three lower tier parts into one upper tier part. The better the bike, the higher quality parts you'll require, so fusing parts together to upgrade bikes becomes a game within a game. Certain tracks require you to have a specific bike to enter, so upgrading and locating blueprints becomes critical to your success.

Even more to do

In the midst of all the racing and upgrading, certain quest characters will create new technologies for you. One of them is a slot machine that gives you a quest to complete, then allows you to spin again to win money, blueprints, and other items. The slot machine can only be used once every hour, but it's a fun extra that adds variety to the game.

Trials Frontier is a worthy new addition to a long-running and popular 2D racing franchise, as well as a great iOS game. The physics-based gameplay is excellent, and there is so much to discover that you'll almost never be bored. Not only is there a lot of racing content, but there are also upgrades, new bikes, and new map areas to keep you busy. The abundance of microtransactions is what holds the game back. You must pay if you want to speed up your bike's upgrades, which can take up to half an hour after the second upgrade. Even the number of races you can participate in is limited by an energy meter masquerading as your fuel tank, which you can fill up by either waiting it out or paying real-world money.

Do you want to get rid of this annoyance? Then you should get Trial Frontier MOD APK and install it. This is a modified version that grants you the UNLIMITED MONEY feature, allowing you to fully enjoy the game. Doesn't that sound incredible? Download the MOD from TechToDown and test it out for yourself.

We hope that gave you a good introduction to the game, but if you want to progress quickly in this title, you’ll want to check out Trial Frontier MOD APK on our website which will help you complete more achievements without having to pay a single dime. 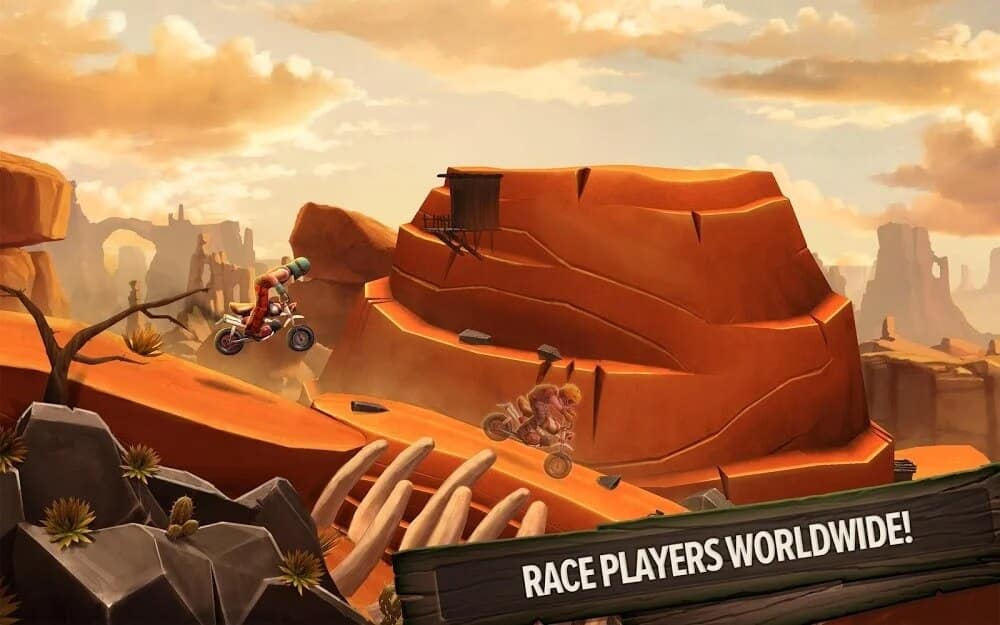 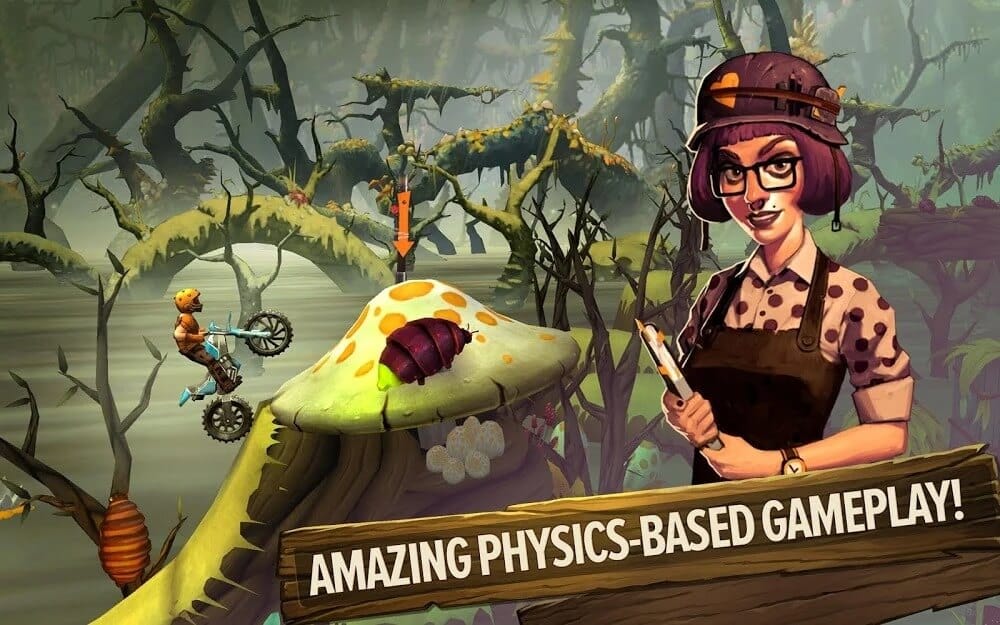 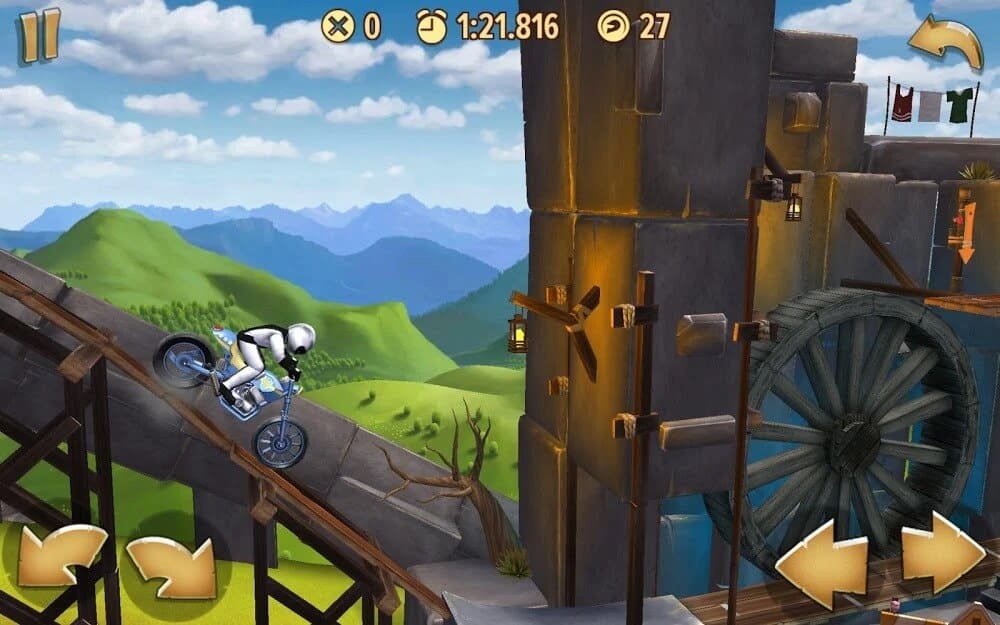 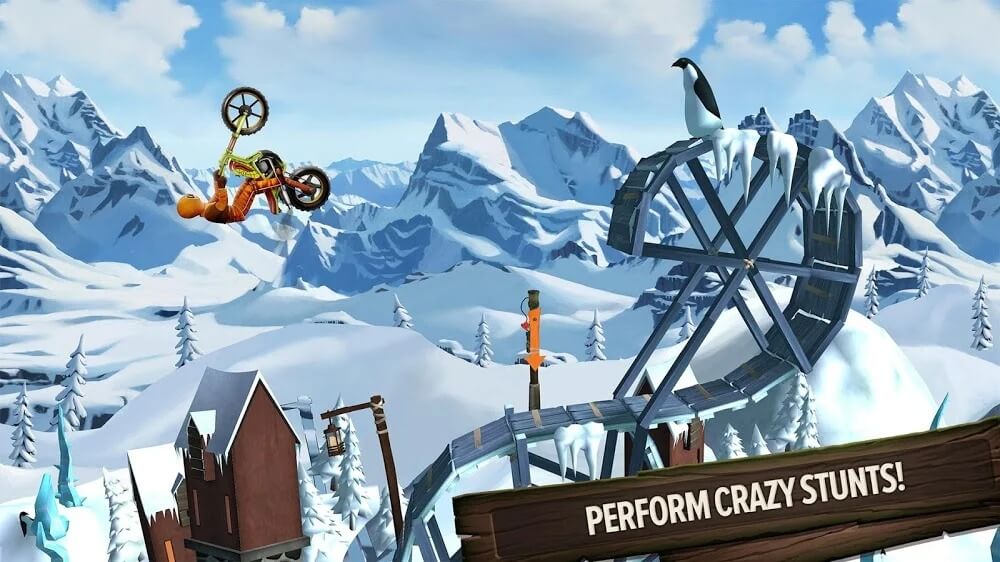 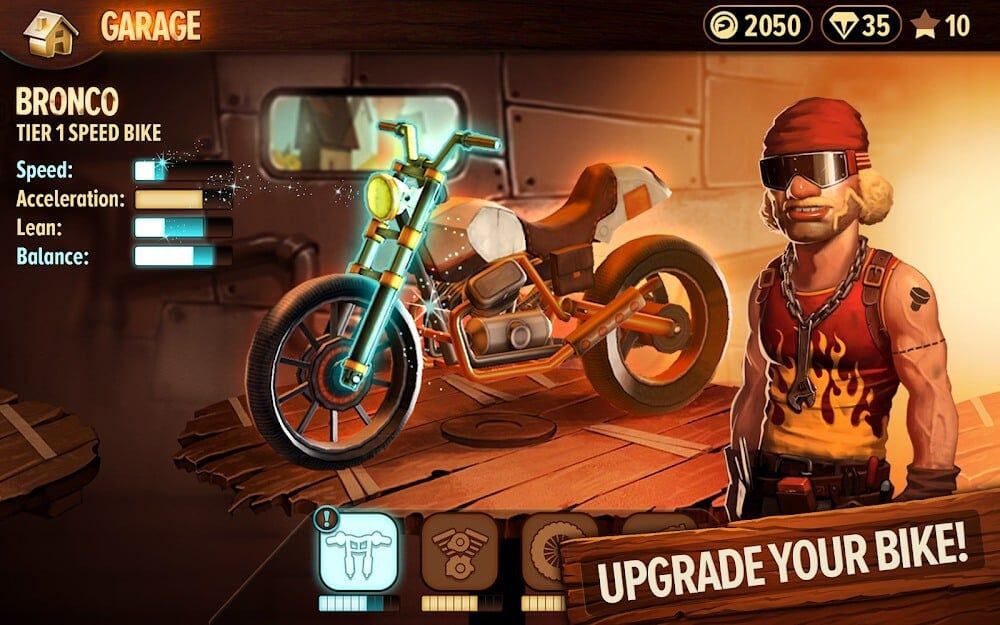